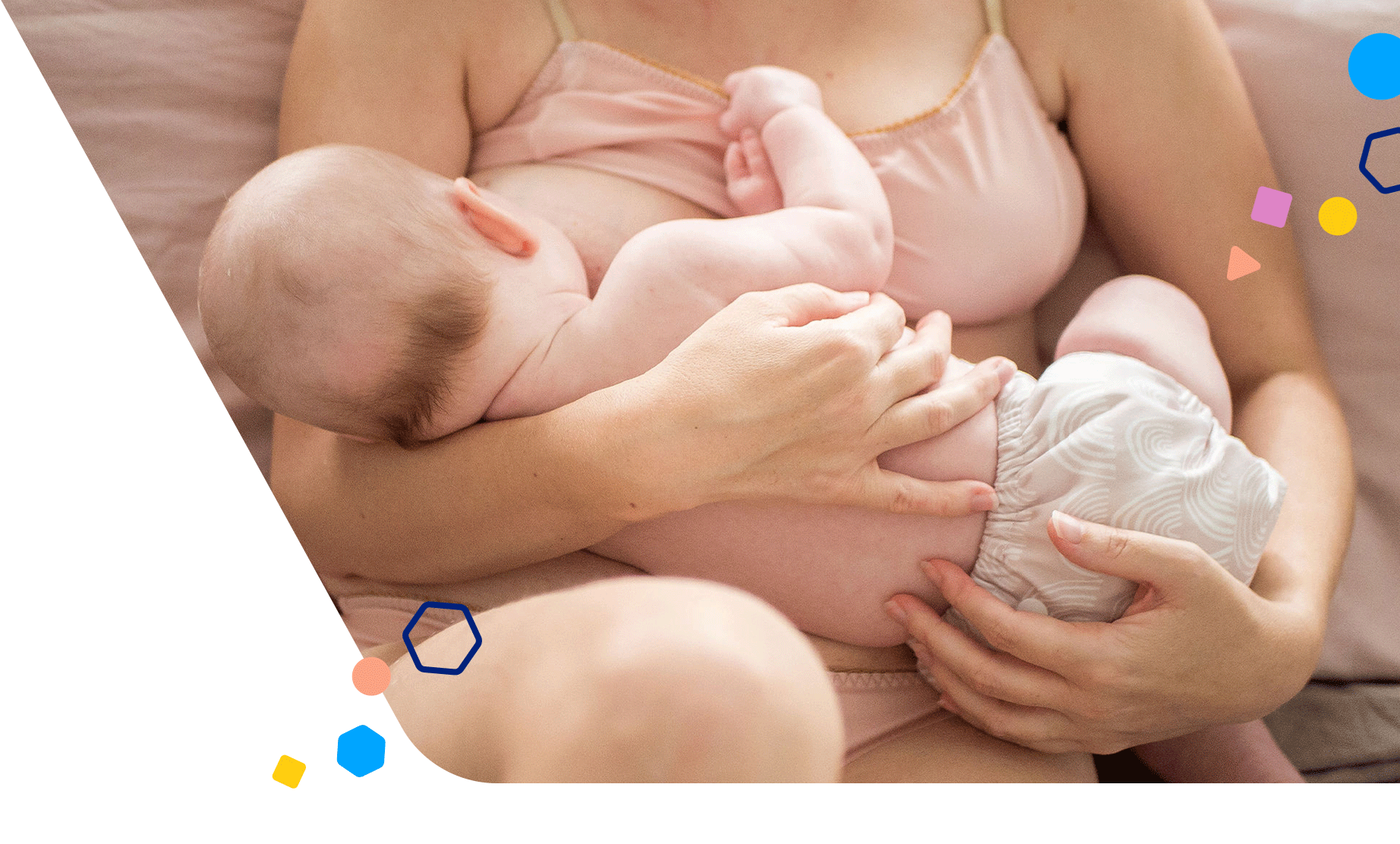 Why I Wish I Started Supplementing with Formula Sooner

This article has been produced in partnership with BabyCenter.

As each day passes, I see my little girl hitting new milestones and growing by leaps and bounds. It's incredible how far she's come and how much she learns every day. She's even early on many developmental milestones, which is more than I could have asked for.

When we first learned I was pregnant, my husband and I mapped out all our plans and expectations, as I imagine most families do, especially first-time parents. I hoped to breastfeed my baby girl so I dove into all the research I possibly could on the topic.

I had Cecilia two weeks early due to developing preeclampsia, but she was born perfectly healthy and happy. While in the hospital I worked with lactation consultants, and felt prepared to feed her on my own, despite some struggles.

But as each day passed, my baby lost weight. After only a few days home we made an emergency appointment when I noticed she didn’t look quite right. At the doctor's office, we learned she had lost more than 10 percent of her birth weight. And so our pediatrician recommended supplementing breastfeeding with formula.

Deciding to Supplement my Breastfeeding

We left that appointment with a bag of different types of formula, information packets, and the realization that I didn't look into every feeding option. I was still a little put off by the idea of supplementing with formula because I had such a strong vision of what taking care of my child looked like. I was against it because I didn't understand yet how many advancements formula has made; I thought it was the same old formula my mother had used.

Every day I weighed our baby and continued to nurse her because I wasn't ready to stop, or even to supplement yet. During our nursing sessions I would research various formulas to see if one might be a great option for us.

My research was over once I started reading more about Enfamil NeuroPro. I learned that NeuroPro is the only formula in the U.S. that has a fat-protein blend called

(MFGM) and
previously, which studies have shown to provide brain-building benefits similar to breast milk.

Since giving my daughter the very best for her developing brain was the main reason I wanted to breastfeed in the first place, it was a relief to find out that a clinical study showed that MFGM in infant formula is an important step in helping close the cognitive development gap between formula-fed and breast-fed infants. My husband, who's finishing up medical school and cares just as much as I do about our baby's development, was geeking out over this as well, especially when he read the clinical study done on formula that has MFGM.

I remember the first time I gave my daughter NeuroPro. She had woken up for the fifth time that night, and no matter what I did I couldn't soothe her.

She was exhausted, crying, and, I could tell, so hungry. I turned to my husband and just said to him, "Let's try it." He came back with a warm bottle of formula. She devoured that bottle and, with a full belly, fell asleep soundly.

That night I realized it was time to give up my plans to breastfeed her exclusively, and while it broke my heart a little, I knew that NeuroPro was our best ally in supplementing our breastfeeding journey. Sure enough, by her next doctor’s appointment, she was doing well. It was such a relief and proved to us that switching to formula was the best decision for our family.

Now that she's 5 months old, in hindsight I wish I wasn't so afraid to consider supplementing with formula as an option while I was pregnant. I would have learned so much sooner that NeuroPro offers the same type of brain-building nutrition as breast milk.

RachelMarie grew up on Long Island and now lives in the city of Philadelphia with her husband and their baby girl. During the day Rachel works for a childhood cancer foundation, and when she is able to balance life a little bit she enjoys photography and writing about ethical, sustainable living, and international development. You can read more from her at RachelAsaro.com or on Instagram at rachelmarieasaro.