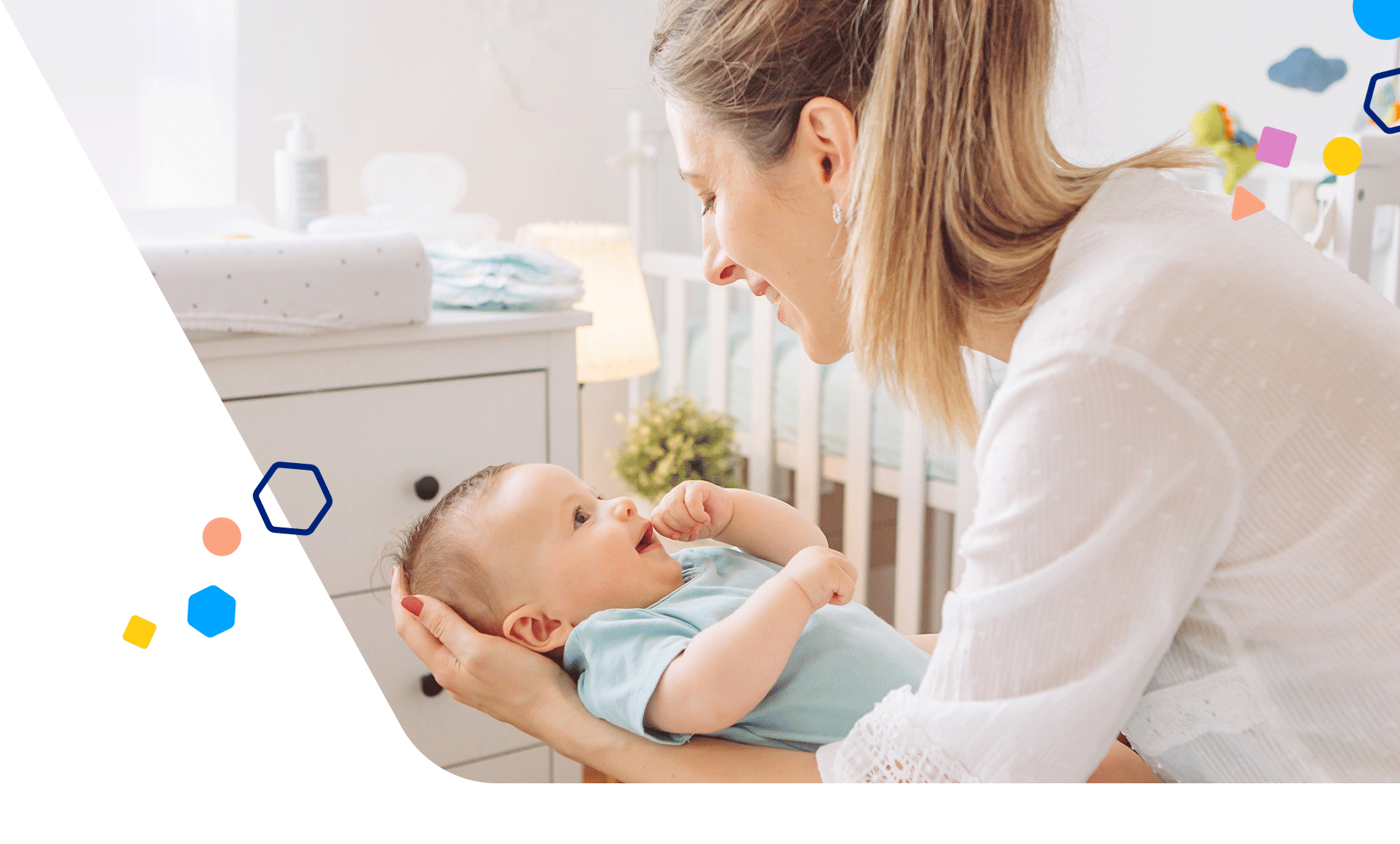 It's easy to get overwhelmed by the medical terms associated with cow's milk allergy. You should always ask your doctor for more information anytime you are confused. You also can refer to this handy guide to find the meanings of common cow's milk allergy terms.

Allergen. A substance viewed as foreign or dangerous by the body’s immune system. Allergens can be digested (cow’s milk protein), inhaled into the lungs (pollen), or injected (penicillin). Exposure to allergens can cause allergic reactions in susceptible individuals.

Allergic reaction. A response that occurs when the body’s immune system releases chemicals like histamines to fight off an allergen. Infants with cow’s milk allergy have allergic reactions—such as colic, hives, skin rashes, and respiratory and digestive problems—to cow’s milk protein.

Allergist. A physician who is specially trained to diagnose, treat and manage allergies and asthma. Also called an immunologist.

Allergy. An immune system response to a normally harmless substance such as cow’s milk protein, pollen, or house dust mites.

Amino acid. Compounds that link together to form proteins, including cow’s milk protein. Amino acids are used for protein synthesis in the body.

ARA. Arachidonic acid or ARA is a type of omega-6 fatty acid. ARA* play a key role in infants’ cognitive and visual development.

Bloating. A condition in which the belly feels full and tight and may appear swollen.

Blood test. A medical procedure sometimes done to test for food allergies. A blood test for cow’s milk allergy involves sending a sample of your baby’s blood (taken at a doctor’s office) to a laboratory to measure the amount of antibodies that react to cow’s milk protein. Results can take several days or longer. Blood tests are not completely accurate in detecting cow’s milk allergy.

Constipation. Infrequent bowel movements that are firmly formed stools and difficult for your baby to pass. They may come out in hard pellets, or cause pain or bleeding.

Cow's milk protein. Protein components, such as casein and whey, that are naturally found in milk and other dairy products. Infants with cow’s milk allergy have allergic reactions to cow’s milk protein.

DHA. Docosahexaenoic acid or DHA, is a type of omega-3 fatty acid. DHA* plays a key role in infants’ cognitive and visual development.

Dietitian. A healthcare professional with special training in food and nutrition who can help with dietary choices. Registered dietitians, or RDs, translate the science of nutrition into practical solutions for healthy living. Some specialize in pediatrics or allergy management.

Eczema. An allergic reaction that causes red, dry, itchy skin. Eczema is common in infants and children and may appear as tiny red bumps on the face, scalp, hands or feet. The bumps may itch, ooze and crust over, or feel like dry, scaly skin. Also called dermatitis.

Elimination diet. The process of eliminating certain foods, such as milk, from a diet to determine whether that food is causing allergic reactions. To determine whether an infant has cow’s milk allergy, nursing moms may eliminate milk products from their own diets. Formula-fed infants may switch to a formula that is hypoallergenic, meaning it has been specially designed to not cause allergic reactions in infants with cow’s milk allergy.

Essential fatty acids. A type of fat necessary for health that can be obtained only through the diet.

Food allergy. An immune system response that causes allergic reactions to harmless substances found in food or drink, such as cow’s milk protein. An infant who has a food allergy to cow’s milk may experience colic, eczema, hives, and respiratory and/or digestive problems.

Food intolerance. A digestive system response to a food or food additive. Symptoms may include gas, bloating, cramping and diarrhea.

Gas. Air that forms in the intestine while food is being digested. This air is then passed through the rectum. Infants who are gassy also may have bloated (hard or tense) bellies and seem colicky. An infant who has gas may pull up his legs or lock them out straight, and clench his fists.

Gastroesophageal reflux (GER). A digestive problem that causes complications because of digested food flowing back into the esophagus. Infants who have GER may frequently spit up lots of liquid, arch away from the bottle or breast, or seem irritable during or after feedings. Also called reflux.

Gastroenterologist. A doctor who specializes in diagnosing and treating problems of the digestive system.

Hives. Raised, often itchy, red welts on the surface of the skin usually caused by an allergic reaction to a food such as cow’s milk, or a medication. Hives typically occur soon after exposure to an allergen. Also called urticaria.

Hydrolyze. The process of breaking down a compound into smaller parts or fragments. Cow’s milk protein in extensively hydrolyzed infant formulas have been broken down into small pieces so they are less likely to cause allergic reactions in infants with cow’s milk allergy.

Hypoallergenic. Unlikely to cause an allergic reaction.

Immune response. Specialized immune cells are activated or stimulated and chemicals like histamines are released by the immune system to defend the body against bacteria, viruses and substances that appear foreign and harmful. Cow’s milk protein can trigger an immune response in infants with cow’s milk allergy.

Immune system. A complex group of organs and cells that defends the body against bacteria, viruses and substances that appear foreign and harmful.

Immunoglobulin E (IgE). A class of antibodies produced in the lungs, skin, and mucous membranes that are responsible for allergic reactions. Elevated blood levels of IgE often indicate an allergy.

Iron-Deficiency Anemia. A health condition that occurs when the body doesn’t have enough red blood cells to carry adequate oxygen to tissues. Signs of anemia in infants include lethargy, poor appetite, and developmental delays.1

Lactose-free formula. Formula recommended for infants who are unable to digest a natural sugar found in milk called lactose.

Lactose intolerance. A digestive system response to a milk sugar called lactose. People who are lactose intolerant lack an enzyme called lactase that is needed to digest lactose. Lactose intolerance is rare in infants and toddlers and typically affects adults and school-aged children in certain population groups. Symptoms may include gas, bloating, cramping, and diarrhea.

Oral food challenge. A test used to diagnose food allergies. The process involves feeding a patient a very small amount of a possible food allergen (such as cow’s milk) and carefully monitoring for any signs of allergic reactions. This process may take place at a doctor’s office or at home while you note any behavioral changes. An oral food challenge must never be undertaken without the advice of a doctor.

Protein. Protein is an important component of all cells in the body. Comprised of many amino acids linked together, proteins are essential components of the skin, muscle and bones.

Skin test. A medical procedure that tests for allergies. A skin test for cow’s milk allergy involves exposing a small area of your baby’s arm or back to cow’s milk protein, and then gently pricking the skin so the liquid is absorbed. If your baby is allergic, the site may turn red or swell in about 20 minutes while you are at the doctor’s office.

Soy-based formula. Infant formula made with soy protein. Soy formula is not recommended for infants with cow’s milk allergy because about half of babies with cow’s milk allergy also are allergic to soy. Also, soy formula doesn’t help allergic infants develop a tolerance for cow’s milk protein. A soy-based formula is typically recommended for infants who have galactosemia or whose families prefer a more plant-based diet.

Vomiting. The forcing of stomach contents through the esophagus and out of the mouth.

Wheezing. A high-pitched whistling sound that often indicates that a person is having problems breathing perhaps due to an allergic reaction.

Whey. A protein found in cow’s milk that can cause cow’s milk allergy in infants. Whey is found in the liquid part of milk after it curdles.