Food Jags: How to Get a Toddler to Eat

Food Jags: How to Get a Toddler to Eat

Many toddlers go through a phase where they want only one or two foods for every meal – this is a food jag. Here’s why food jags are a part of normal development and tips to help your toddler eat new foods on an everyday basis.

Noodles, noodles, noodles ... and more noodles? Among the most frustrating types of picky eating for parents is the oh-so-common food jag, an eating pattern in which your child gets stuck on a certain type of food and rejects anything else for toddler meals.

Picky eating can take many forms, and food jags are just one. Some children don’t like certain textures or smells; others invent certain rules, like the potatoes can’t touch the peas. Though parents may worry about it, finicky eating is common during toddlerhood, and it usually peaks between the ages of 2 and 6.

Food Jags in Toddlers: Why So Picky?

Kids tend to have a natural preference for sweet and salty foods – like most of us - and reject bitter and sour flavors, which can explain why food jags typically focus on yummy foods. Picky eating during meals is partly a control issue, too. As your toddler gets more independent, they may begin to realize they can exert some saying their life, and they tend to assert it during mealtimes. Toddlers also typically have a fondness (or inflexibility) for predictability during this time of big change. They may ask to wear a certain shirt or cling to a favorite toy—and they might want to see the exact same meals on their plates, day after day.

How to Encourage Your Toddler to Eat

The most important thing to do when your toddler is food jagging is to stay calm. Not making a big deal about a food jag is the best way to keep it from becoming a battle. Never force your child to eat something they dislike; simply present the food and let them choose to take a bite (or not). Also, avoid nagging, begging or bargaining to get them to try something besides the chosen food. That can put too much emphasis on the issue and usually sets you up for a power struggle during toddler meals.

What to Do to Get Your Toddler to Eat:

Be patient. Some food jags pass in a few days or weeks, while others last years. But most picky eating is outgrown during the early elementary years. Food jags won’t last forever, so try not to fret too much. Remember, your little one is showcasing their independence with their choices, which is ultimately a good thing. If you’re getting worried that your toddler isn’t getting enough nutrition from their diet, chat with your doctor about ways to supplement their meals. 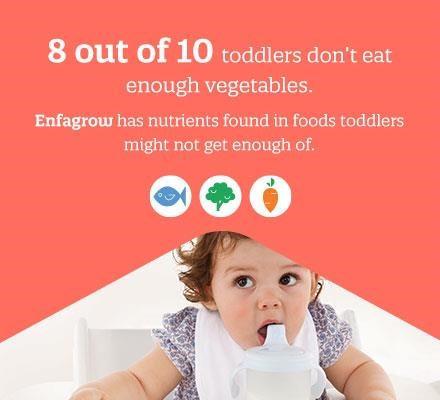